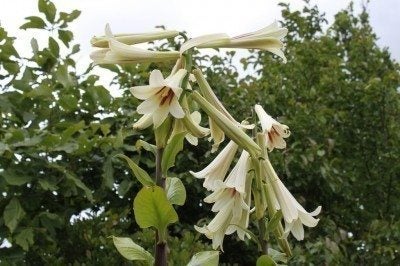 Message: I remember the day like it were yesterday.  This was maybe six or seven years ago.  My students were going up, one by one, to present speeches over the books they had just read.  I had made my mind up that every child would present something to the class, even if it was just a sentence.  That expectation was laid out beforehand, and sure enough, each child began stepping up—that is until a young lady tried calling my bluff.

“I am not giving my speech,” she declared in defiance.

Shots fired.  I tried encouraging her.  Nothing.  Her friends began to fill her with positive words to build her up.  Nada.  The entire room became still as the standoff came to its culmination.

“Every student is giving a speech.  I know you can do this!” I pleaded with her.

“If I am getting up there, I will just give my speech to the wall,” she challenged me.

I thought about it.  Technically speaking, if she did that, she could still get points for speaking.  Sure, the eye contact points would be thrown out the window, but she could still display knowledge of content.

“Alright, if that is what you need to do,” I conceded.

Gasps came from all corners of my room.  She took her note cards up to the front of the room, faced the wall, and gave her entire speech.  To the wall.  It was something I had never seen before, nor have I seen again since that historic day.

Four years passed.  I had long since forgotten about that infamous speech to the wall.  That was when I received a typed letter from that girl.  Mature into her junior year of high school, she apologized for being disrespectful and actually thanked me for helping her get over her fear of public speaking.  She humbled herself, letting me know that my class speech was just what she needed to prepare for the numerous presentations she had to give in high school.

I had no clue of my impact on that young lady.  The seed that was planted that day she gave her speech to the wall had finally bloomed.  It made me wonder just how many young minds were blossoming years later after having left my classroom.  Did the kid who cheated learn what honesty meant?  Did the boy who was constantly counted tardy to class finally learn that arriving on time to a job was important?  Did the girl who never believed in herself finally grow confident enough to stand up to her naysayers?

The Giant Himalayan Lily “exists as an unassuming clump of glossy leaves, but after five to seven years, it mysteriously sprouts up to three meters (9.8 feet) and produces a gift of delicate, trumpet-shaped flowers” (https://listverse.com/2013/08/11/10-ridiculously-slow-to-bloom-plants/).

We all teach late-bloomers like this flower.  This is such a powerful reminder that the Christian teacher should not give up the fight.  Hold true to your expectations.  Fight the good fight.  Keep planting fruitful seeds.  You may not see the growth, but years down the road, the lesson you taught may finally sink in.  God will grow these children for His glory.

Challenge: Meditate on the following Bible verse: “And let us not grow weary of doing good, for in due season we will reap, if we do not give up” (Galatians 6:9).  Which students do you think this applies to?  How can you hold true to what you know God wants from you in a respectful, loving way?  Where do you need to stand your ground in terms of your expectations?  Journal or talk to a trusted Christian friend about it.

Prayer: Father, may we all continue planting seeds in the hearts of our students that will blossom through Your power.  Amen.