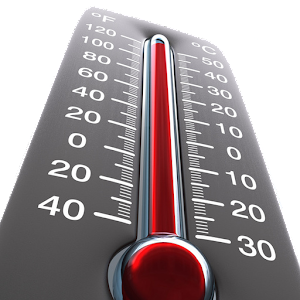 Core scripture: “And Jesus came up and spoke to them, saying, “All authority has been given to Me in heaven and on earth. Go therefore and make disciples of all the nations, baptizing them in the name of the Father and the Son and the Holy Spirit, teaching them to observe all that I commanded you; and lo, I am with you always, even to the end of the age” (Matthew 28: 18-20).

Message: I had heard the most amazing sermon a few years back.  Anyone following a born again Christian like myself?  When you find Christ later in life as I did back in 2012, sermons like the one I heard that day hit home a little deeper.  A fire burns within you, yearning to get that message out to others.  Before it is too late.  Ajai Lall, a radical guest preacher from India, had just challenged our church’s congregation to go live out the Great Commission in our everyday lives, making disciples of all nations, baptizing them in the name of the Father and the Son and the Holy Spirit.  I found myself in the gym that next week working out next to two men in their mid 30’s, Lall’s sermon still burning inside of me.

“Hey, would you mind if I just took a moment of your time?” I began.

The taller of the two, a lean, chiseled guy with a barbed wire tattoo across his upper arm, acknowledged me, saying, “Sure, what’s up?”

Alright.  So far so good!  I had never done this before, so it was really awkward, but my heart, made anew in Christ, propelled me to go right for the home run.

“Well, I have a question to ask you that I am pretty passionate about,” I led in.  You could see the look of confusion on each of their faces.

“What’s that?” the other guy, a more stocky, muscular build of a man said.

No sense holding back now, right?  I took a deep breath and smiled at them.  “Do you know Jesus?”

Awkward silence.  The stocky dude ducked his head.  The lean guy looked like he was a little ticked off.  And I just stood there with my thumb up my you-know-what waiting for their response.

The lean guy proceeded to stick up for his friend, putting me right in my place, saying, “Hey, man, I don’t appreciate you asking us this question right now.  It is not the time or the place.”

I took a step back, knowing the ball was in my court, and closed by saying, “Alright, fair enough.  Well, if you ever change your mind and want to hear about the God I know, look me up.”

I thought the lean dude was going to throw a punch or something, so I backpedalled away to the furthest part of the gym to finish my workout.  Crashed and burned!  Talk about going down in flames!  It frustrated me.  It made me wonder why I made a fool of myself like that.  Where did I go wrong?  Why was that lean dude so resistant?  More importantly, why did he look like he wanted to jack me with an uppercut upside my chin, sending me flying over the bench behind me?  And what about the stocky guy … He looked so defeated!  Wounded by my words.  It was as if my good intentions were all for nothing.  I felt like a deflated balloon.

That sermon still burning inside me, I didn’t give up.  I used the epic failure of my first effort to witness as a learning experience.  I asked questions to more seasoned Christians.  I prayed about it.  And then I practiced some more, changing my tactics.  With each effort to witness for Christ, I became better at it.  I learned from my mistakes.  I found ways to take the spiritual temperature of someone before swinging for the fences.

Fast forward to last Saturday.  Same gym.  New person.  This time my prospect was another lean, well-built guy in his late 20’s with a cross tattoo on the back of his right arm.  The cross told me a few things.  One, the guy at least knew who Jesus was, and two, he cared enough to have it inked on his arm.  At the very least, I might have a pleasant conversation with him and show him the cross on my upper left shoulder that proudly displays my life verse of Philippians 4: 13.  I approached him as he was leaving down the stairs.

Solid intro.  He smiled, looking slightly confused yet happy.  “Thanks,” was all he mustered out in return.  He was walking past me now, ready to move on with his day.  I knew I had to return the volley.

“I’ve got one of my own right here,” I said, pulling up the corner of my left shirt sleeve.  The connection softened his demeanor and melted the awkwardness of the conversation.  We were not just two strangers but two guys who shared a common bond.

“That’s pretty cool,” he said, now stopping to talk to me.  The bait was taken.  I began to reel him in.

“So, what church do you go to?” I asked him inquisitively.

His face scrunched up, and he looked away, telling me, “Well, I sometimes go to Prince of Peace, but I haven’t been attending lately.”

I smiled to soften the guilt that was being thrust upon him at the moment and offered him a solution to his problem.  Maybe he just hadn’t found the right church.

“Well, hey, I won’t take up much more of your time, but my church is just up the road, and we’re having a barbecue next Sunday evening from 5-7.  It is free to anyone who wants to come, and you’re welcome to join me and my family.”

He actually looked pleasantly surprised.  “Hey, thanks, man!  I might just take you up on that.  Where did you say your church was?”

I solidified the deal, giving him the specifics of the location and telling him to invite a friend.  His name was Bobby.  I echoed the name in my head a few times to ensure I would remember it.  Bobby … Bobby … Bobby.  It’s a little trick I use to get names down.  When you can use a person’s name after having just met them, it is beyond impressive.  Knowing someone’s name says you care about them.  And now, if I happen to see Bobby on Sunday, I can use him name, greet him warmly, and introduce him around.

Quick question for you … How are you doing in living out the great commission at work?  Are you too content in hanging out with other Christians, feeling good about yourselves for hanging around quality people?  Or are you stepping up your game, attempting to seek out the lost?  It is interesting what Jesus says when He is questioned why He is eating with tax collectors like Matthew.  He promptly replies, “Those who are well have no need for a physician, but those who are sick.  I have not come to call the righteous, but sinners, to repentance” (Luke 5: 31-32).  Do you know anyone who is sick?  Someone who needs Christ?  Take their spiritual temperature.  Find out what makes them tick.  Seek out opportunities to twist conversations to the spiritual realm, and follow up with opportunities that person might have to get plugged in.

Will you get shot down?  Sure.  Let’s be honest.  Witnessing is anything but easy, yet fearing that failure and not doing anything about it is worse.  What if you had the chance to get to someone but chickened out?  What if you entered heaven’s gates on the day God called you home only to find out that that one person you wanted to see there was actually NOT there?  Would you still be able to rejoice?  I tell you, there would be a part of me that would feel empty.  I don’t want that bittersweet feeling to be plaguing my first moments in heaven.  I want to be seeing all my loved ones around me when God calls me home.  And I want to see you all with me, knowing you spent yourself in a worthy cause.  Not for your own glory but for His.

Challenge: Is your church having a fall barbecue?  Or maybe an NFL kickoff?  Why not find someone to invite?  One of the greatest ways to plug others in is through fellowship.  And amazing barbecue!  Not sure about you, but when free food is offered to me, I TAKE IT!!!

Song to bring it home: There is no sense in being ashamed of being a Christian.  To live out the gospel, listen to Building 429’s “Unashamed” for inspiration to be a light for Him wherever you go.

Prayer: Father God, use me to be a witness for You.  Wherever You need me, let me be bold in my faith, sharing the gospel with reckless abandon.  All for You, Lord.  Amen.